For the Pick'Em Challenge, it might not be easy to guess every outcome correctly. However, making enough accurate selections to do all the tasks is necessary to upgrade the Major coin and obtain every token. Alike any CS:GO fan, players also enjoy these pretournament activities and always make their own Pick'ems. 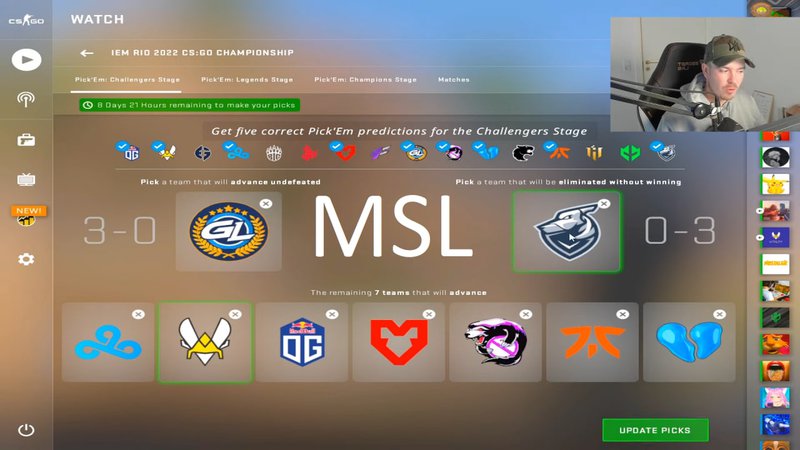 The legendary Danish player Mathias "MSL" Lauridsen doesn't really believe in the Brazilians at their home Major. Out of four teams containing Brazilians, MSL only chose 00NATION, not giving a chance to 9z, FURIA, and even Imperial. Also, the Dane put GamerLegion as his 3:0 squad. 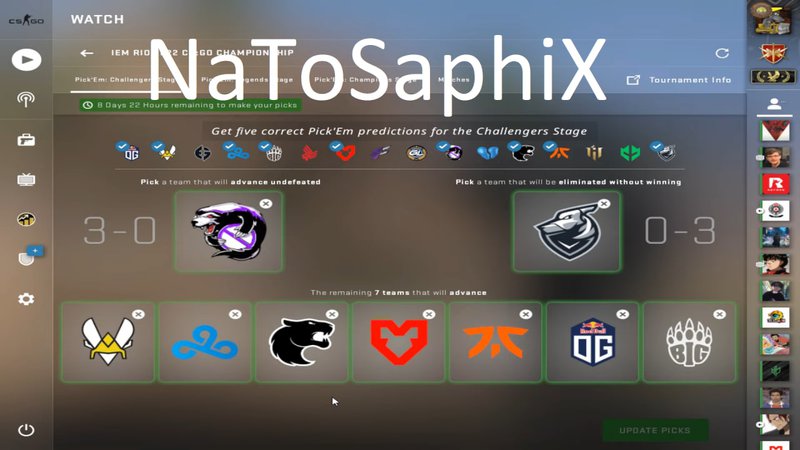 A former Heroic and Complexity player, Niels "NaToSaphiX" Sillassen, has a similar prediction, but he decided to take BIG and FURIA instead of 00NATION and GamerLegion. 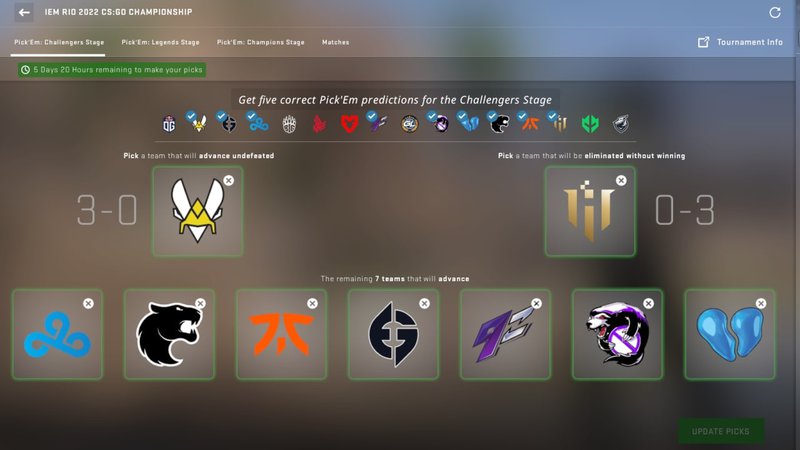 The FaZe analyst Viacheslav "innersh1ne" Britvin is sure about Vitality having a fast run and getting 3:0. Among extraordinary picks, he has Evil Geniuses and 9z. Also, he thinks 00NATION will do it to the Legends stage. But, at the same time, innersh1ne doesn't leave chances to Imperial, MOUZ, and OG. 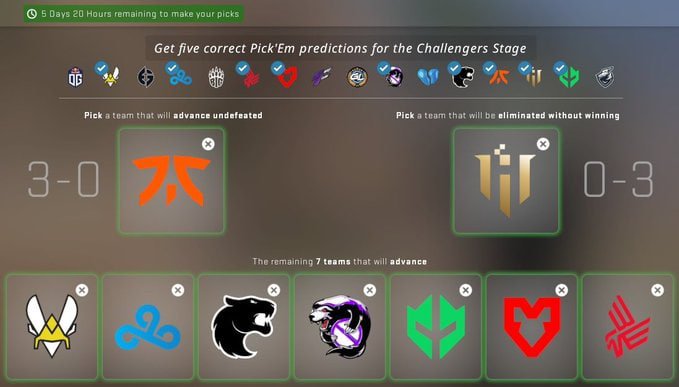 A benched MOUZ player Aurimas "Bymas" Pipiras, has no doubts about his organization reaching the next stage. Also, he is sure in Bad News Eagles and Brazilian Last Dance. 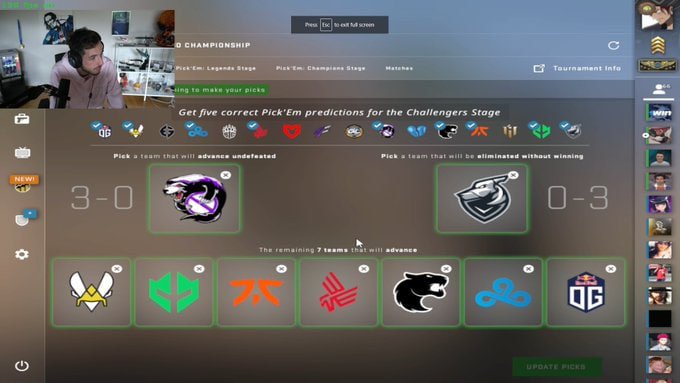 Kenny "kennyS" Schrub chose almost the same teams as Bymas; the only difference is Grayhound getting 0:3 instead of IHC. 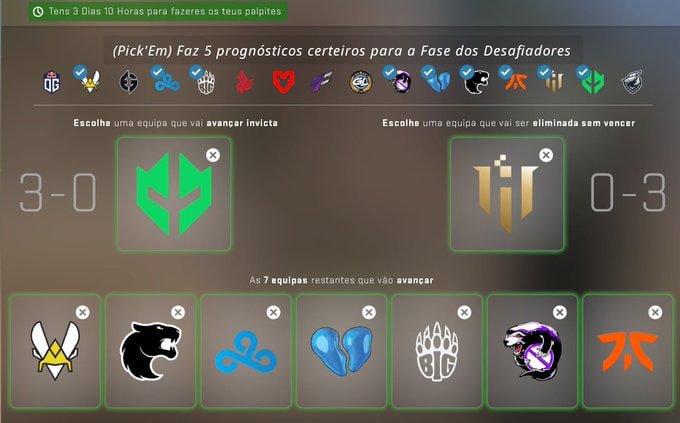 By putting Imperial into the 3:0 slot Vinicius "vsm" Moreira says that Fallen&co didn't tell their last word in CS:GO and wouldn't leave IEM Rio Major 2022 in its first stage. 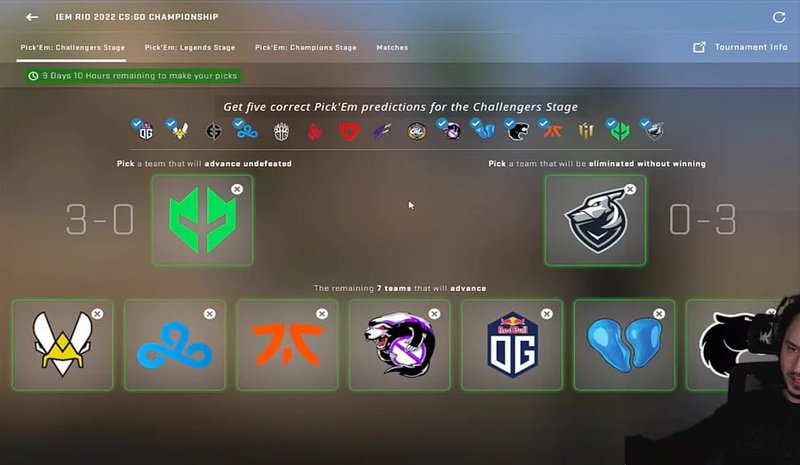 A Major winner Christopher "GeT_RiGhT" Alesund, also thinks that Rio de Janeiro will give an advantage to Imperial, FURIA, and 00NATION. 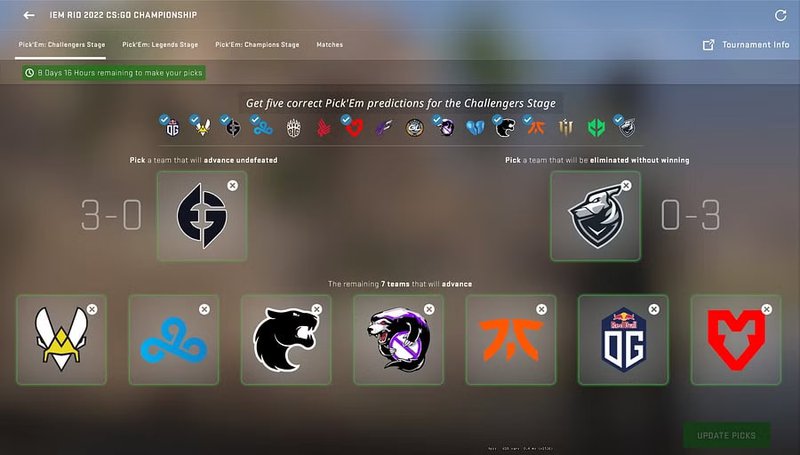 The Evil Geniuses coach Daniel "Vorborg" Vorborg thinks his team is prepared enough to defeat IHC in its first game at the Major and then get a 3:0 result in the "swiss."

Erik "fl0m" Flom is also sure of the abilities of the Northern American team and predicts Evil Geniuses not lose at the Challengers Stage.

Read the latest news and updates about the esports market changes, pro players and teams we like, and explore every story of success. What are the roles in an esports team?

What is the structure of esports?

What staff do you need for an esports team?

Announcing the Launch of the Esports Transfers Platform